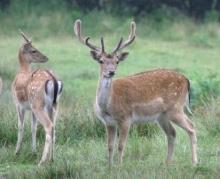 Field sign fact sheet (click to download)
Habitat: Deciduous woodland, grassland, mixed woodland
Description: A medium-sized deer, similar to sika (intermediate between roe and red deer). Typically has a spotted coat, with a longer tail than other deer, constantly twitching.  There is a white “target” with black margins, and a black stripe down the tail. Males have palmate antlers. However, fallow deer are very variable in colour; some are white, others very dark brown (conventionally called “black fallow”), and a variety known as Menil, spotted but with the edges to the rump patch and tail stripe brown, rather than black.
Size: 138-179 cm; tail length 14-21cm; shoulder height 50-120 cm.
Weight: Males 40-63 kg; females 31-44 kg.
Lifespan: Usually 8-10 years in the wild, females 12-16 years.
Origin & Distribution: Fallow deer are native to SW Asia, but were anciently (9,000 years ago) introduced to the Mediterranean region. They were introduced to England by the Normans around 1100 AD. They make better park deer than the larger red deer, so were subsequently widely spread through Britain and Ireland. Escapes from parks, and some direct releases into hunting forests, have seen the fallow established very widely, and they are the most common deer in England. They are also widespread in Scotland, Wales and Ireland. 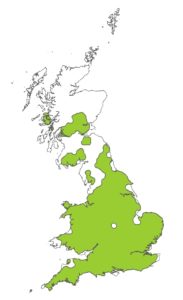 Fallow deer distribution (in green), taken from ‘Britain’s Mammals 2018: The Mammal Society’s Guide to their Population and Conservation Status.’

Diet: Grasses contribute around 60% of the diet, also herbs and boradleaf browse of young trees. They will take acorns, chestnut, beech mast and fruits in Autumn. If grazing limited, they will take bramble and conifer.
General Ecology: They typically live in small herds of 10-50 animals, usually in open woodland and parkland. They also frequent small woodlands in farming country, sheltering in the woodland by day and emerging to feed on farmland at night. During the rut in October, fallow bucks become territorial, groaning and defending a rutting stand where the does visit them to mate.
Breeding: Fawns are born in June-July, after a gestation of 234 days. They are weaned by the time of the next rut, and the does usually first breed as yearlings. Outside the rut, bucks often live in small bachelor herds (5-10), separately from the does and fawns.
Conservation Status: Fallow deer can be a serious pest in commercial forestry. As the commonest deer, they can also be a pest in farmland, and are a common cause of road accidents. Populations in forestry can be culled by stalkers, in the conventional manner, and the venison sold. This is effective in parts of southern Britain where it has limited the spread and increase of this deer.

Medium-sized deer. Nearly always seen moving together in herds. Coat colour varies greatly, even in same herd. Typical coat is brown with white spots in summer and lighter brown with white spots in winter. Individuals may be white or near black. Longer tail than other deer, constantly twitching. Rump is white with black margins either side, and black stripe down the tail, giving appearance of the number 111. Fully grown males have large, broad, flattened antlers.

Footprints: Fallow deer have very similar footprints to the sika deer. They are one of largest footprints of all deer species.  Width of female footprints up to 4cm and the length 6cm. They can be easily confused with sheep and goat footprints. 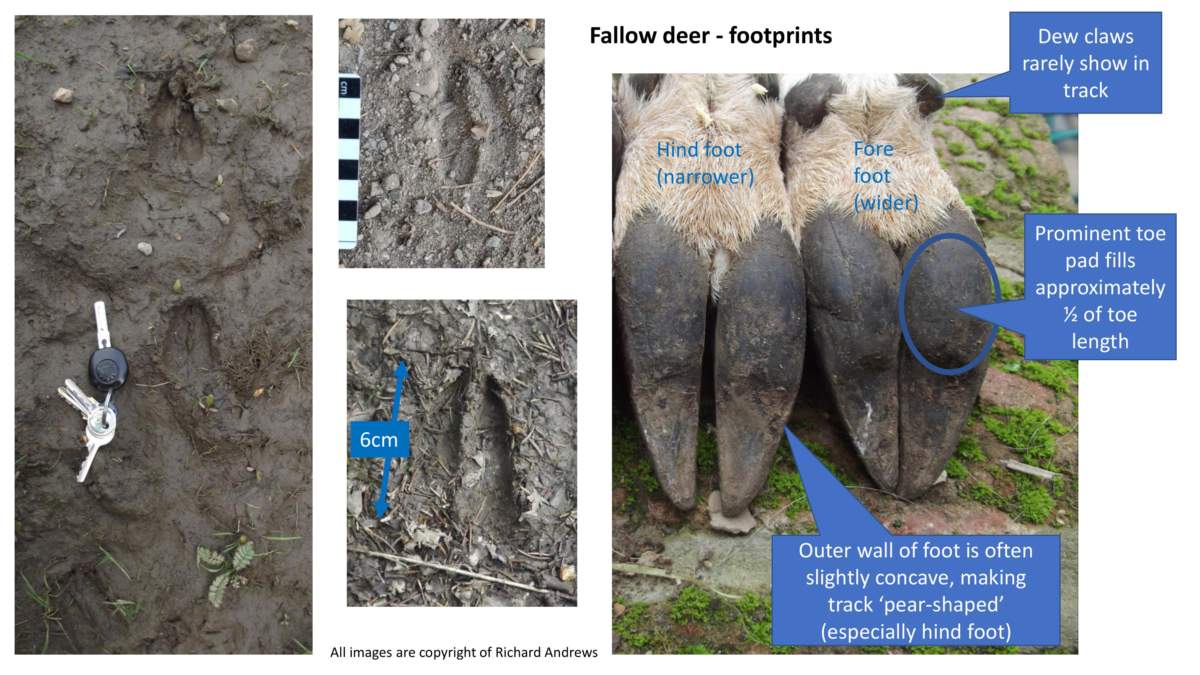 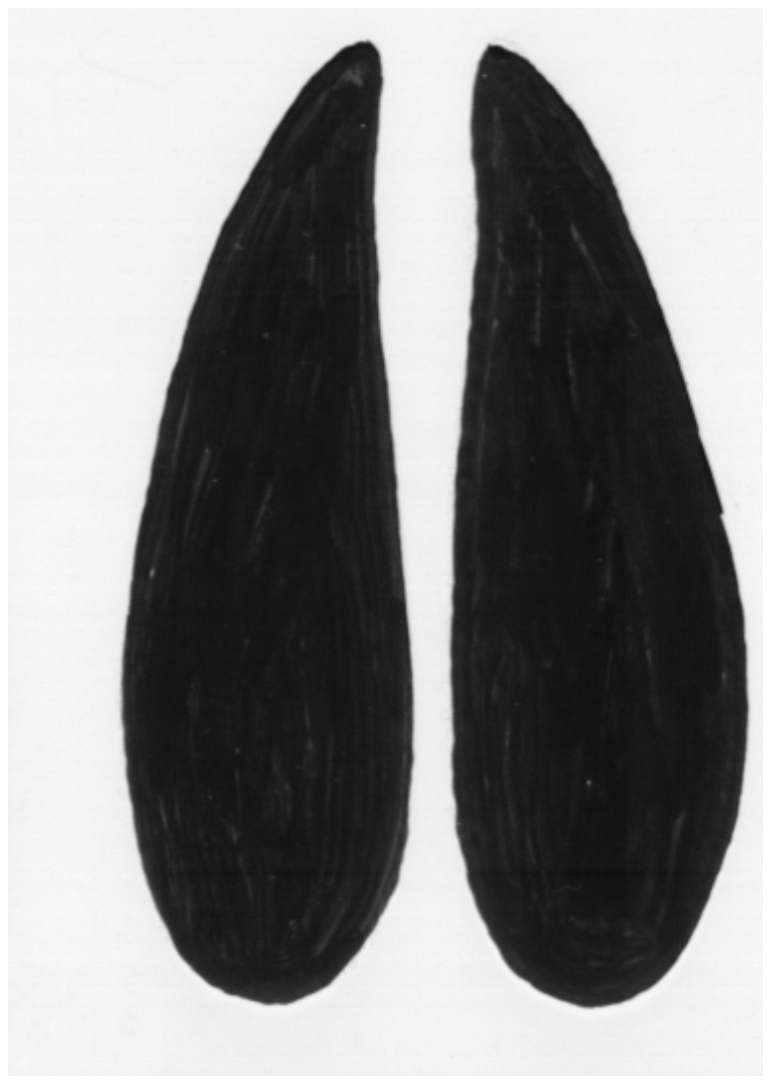 Droppings: Deer droppings do not have obvious coloration or smell. The droppings tend to be of a similar shape across all species. 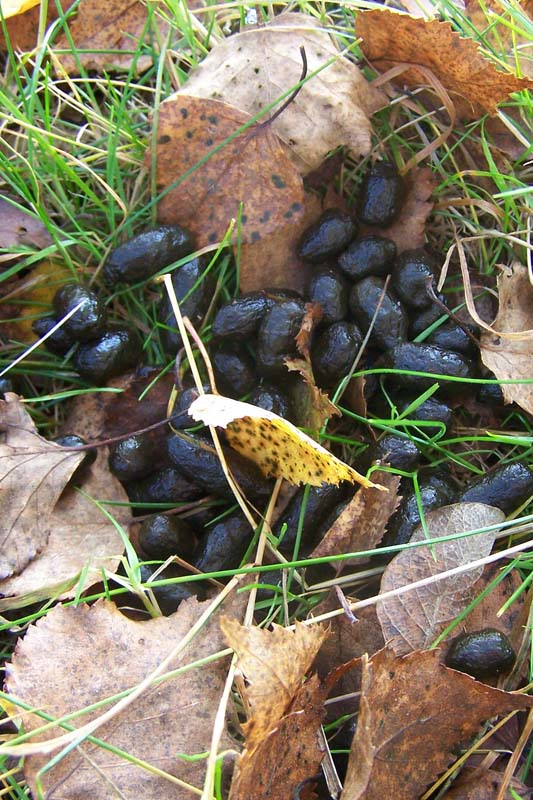 Tail: The fallow deer tail has heart shaped white markings with an upside down horseshoe shaped black border and a long black tail.

Red deer (Cervus elaphus)
Buff coloured rump with ginger buff tail. Fallow has a white rump with a black horseshoe-shaped border and a long black tail (giving the appearance of the number 111). Typical fallow coat has spots all year round (although coats can vary greatly in fallow), no spots on red deer. Large, branched antlers in red, not palmate (broad and flattened) as in fallow deer.

Roe deer (Capreolus capreolus)
Plain cream/white rump with no visible tail, unlike white rump of fallow which has a black horseshoe-shaped border and a black tail (giving appearance of the number 111). No distinctive spots on coat, whilst typical fallow has spots all year round (although fallow coat can vary greatly). Small, branched antlers in mature roe male, with usually no more than 3 points, not large and palmate (broad and flattened) as in fallow. Roe has a distinctive black nose and white chin. 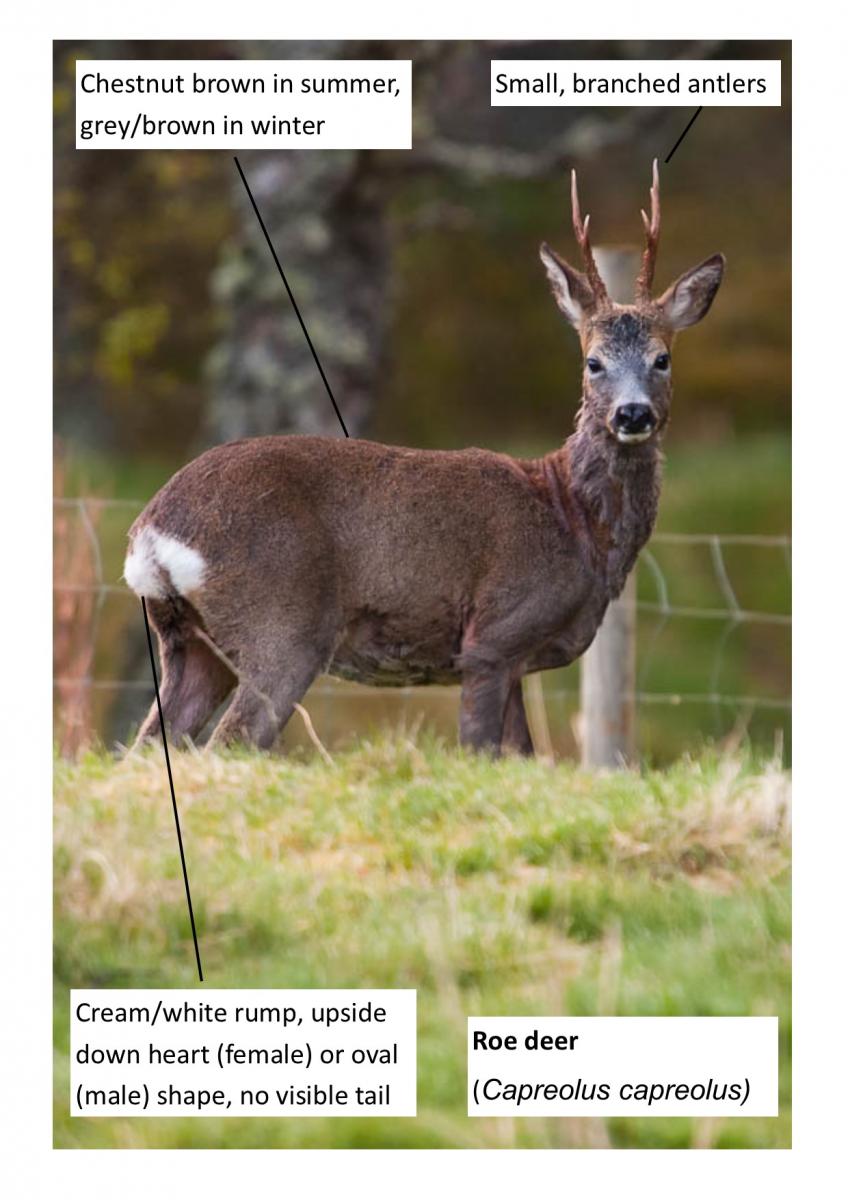 Sika deer (Cervus nippon)
Both sika and fallow have a white heart-shaped rump but sika has a black upper border, unlike the horseshoe shaped border surrounding the fallow’s rump. Fallow has a longer black tail, sika has a white tail with a vertical black streak. Sika only has spots in the summer whilst fallow coat varies greatly but typically has white spots all year round. Sika has pointed antlers, not palmate (broad and flattened) as in fallow. 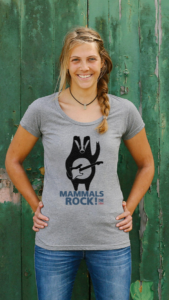 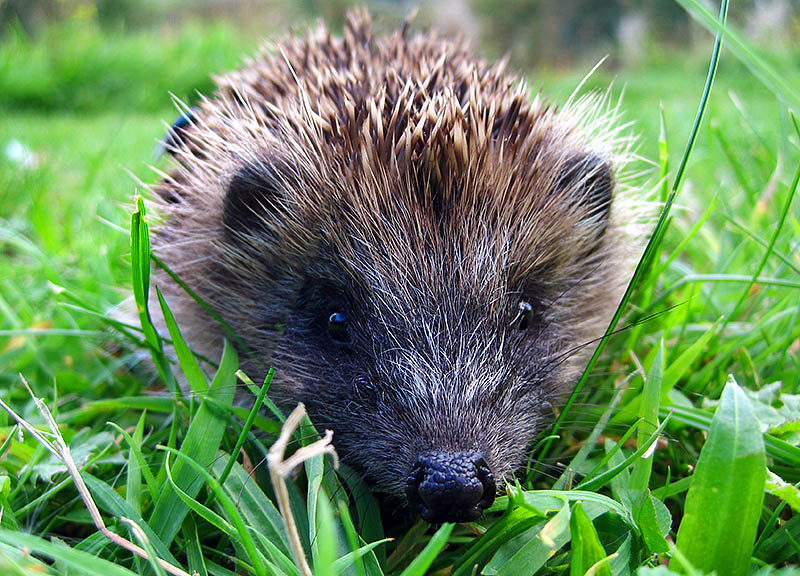 Are we Driving Hedgehogs to Extinction? 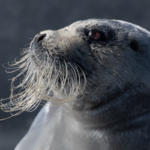